President of the Board, Sandi Mielitz, gives her own spin on the upcoming season.

Camerata Nova has two mottoes: “a group without fear” and “you never know what you’re going to get…” They both apply, in spades, to our 2013-2014 season! Following is an inside look into the process and the concerts for this year.

Preparing for the season…

Part of our MO is that we spend lots of time planning our programming for each season. We are lucky to have this talented and serious-but-twisted core of musicians – Andrew Balfour, Ross Brownlee, Mike McKay and Mel Braun – who have more programming ideas than we know what to do with. Everyone gets together with Ange Neufeld, Chair of the Music Committee, and submits their ideas. The Committee starts by nailing in key concert themes, core repertoire, commissions, venues and guest artists. Once this is done, one or two curators are assigned to each concert. The curator(s) are responsible for shaping and developing these initial ideas, finding all the repertoire and finalizing the program.

Lest you think this is an entirely serious process, take a look at the picture below taken at a recent programming think tank in the country… Also included is the program created later that evening… If you are intrigued, join us for the 2020-21 season! 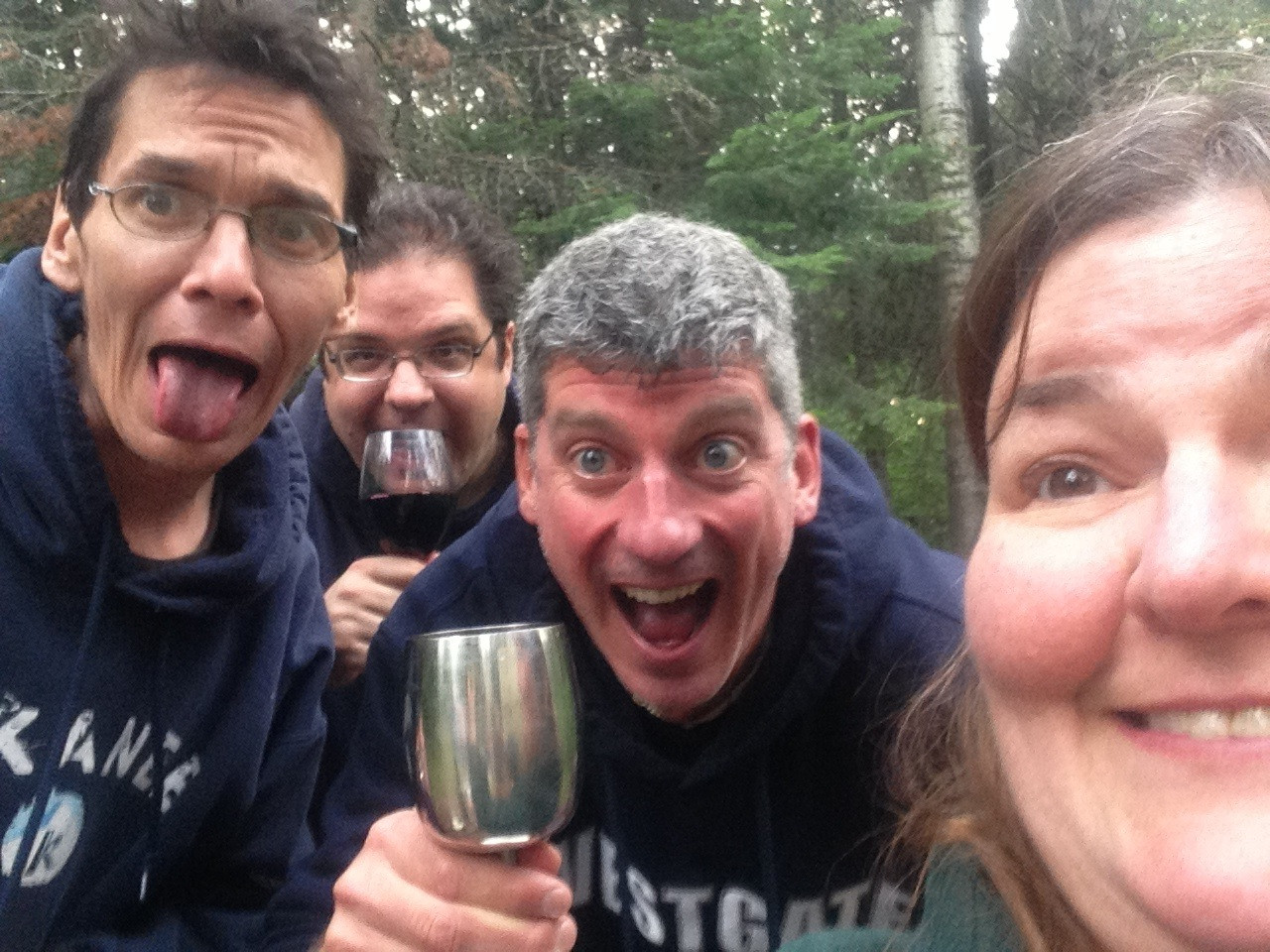 The Music Committee hard at work…

A Season for Sousa: Music of John Phillip Sousa and contemporaries
• Date: May 2020-2021
• Concept: A celebration of the marches of Sousa, arranged for mostly a cappella choir with libretto by Dr. Seuss. Vocalizations to be coached by WSO wind players. The group will sing in marching band routines and dress in hats with plumes.
• Commissions: Eric Whitacre, Andrew and Mike M.
• Venue: Investors Field
• Repertoire:
Stars and Stripes Forever in style of Debussy – McKay
March of the Belgian Paratroopers
Liberty Bell à la Schoenberg – Balfour
Semper Fidelis in the style of Schütz
Standard of St. George

Ross Brownlee and Mike McKay, the masters who brought us Christmas in Early America last year, have designed another stunner. This one has kind of morphed with time. We started out narrowly thinking of a largely Baltic and Canadian program, but new opportunities came our way…

First, through Winnipeg flautist Haley Rempel, we came across Grace Cloutier, a harpist from New York, who has done some great arrangements of Christmas music for harp and choir. We are bringing Grace in to play with us and Haley will join us for a couple of numbers, too! Second, we have been talking to the fabulous Rose Ensemble who set the gold standard for early music performance in Minneapolis. Thanks to them, we have discovered some strong Slavic Christmas pieces including a Zielinski that will knock your socks off!

The potpourri continues… some R. Murray Schaefer, three new arrangements of The Little Drummer Boy by Sid Robinovitch, Andrew Balfour and Mike McKay and a piece for Spoon Choir – see below. Eclecticism reigns but the end result will be fun, surprising and always beautiful…

Become a member of the Camerata Nova Spoon Choir! Through ethnomusicologist Lynn Whidden in Brandon, Andrew was given access to a raft of early Métis music. He has arranged one of the fiddling tunes for choir and we are inviting members of the Camerata Nova audience to join in the performance by playing the spoons. Sets of spoons will be available for sale at a low price at the door (or you can bring your own). There will be a short performance training session at Intermission.

NEW CD!!! Last year’s Christmas concert was recorded and broadcast by CBC Radio 2. Since then, lots of people have suggested that we issue it as a CD. We listened to them! In late October, we will be releasing our first Camerata Nova Live CD called Christmas in Early America. It’s a worthy successor to Nova Noël and will make a great Christmas present for Camerata Nova fans!

Camerata Nova is playing the role of impresario, bringing one of the top early music groups in Canada for their first concert in Winnipeg. Les Voix humaines features two viola da gamba (early cello) players (Susie Knapper and Margaret Little) and a lutenist (Sylvain Bergeron). Founded in 1985, this group have toured the world, played with the finest musicians of their genre and produced more than 40 recordings. Their special guest is tenor Charles Daniels.

(An aside here… I was in London this past May attending an early music festival. The best concert I attended was at Westminster Abbey with the Cathedral Men and Boys’ Choir, the St. James Baroque Orchestra and 7 soloists singing an entire program of Purcell. The individual performer who blew everyone away and got rave reviews in the paper was the very same Charles Daniels. Getting him here is a coup!!)

This will be the first time that we have sponsored another group to come to Winnipeg. If we can attract a large enough audience to make this work, we’re willing to do it on an ongoing basis.

Andrew Balfour is the devilish designer of this program. Our group has always loved the music of Renaissance composer Carlo Gesualdo, nobleman, murderer and genius maverick composer. His strange, chromatic harmonies also attracted attention from the rebel composers of the twentieth century, such as Berg, Stravinsky and Schoenberg. Speaking of rebels, Andrew and Mike McKay are also writing short works for this concert. The music will be beautiful but darkness and drama will be in the air.

We are honoured that Christopher Jackson, the top early music choral conductor in Canada, will be coming for a week to coach, rehearse and conduct these concerts. Join us for one of our pre-concert talks with Chris and Andrew!

FILM FLASH!!! Director Werner Herzog made an amazing movie about the life of Gesualdo called Death in Five Voices. We are working to arrange a public screening around the time of the March 8-9 weekend.

Here’s where the “and now for something completely different!” comes in. Andrew and Vince Fontaine, leader of the Aboriginal rock band Eagle and Hawk, have talked about the possibility of a joint concert for several years. Vince now has a new band called Indian City with well-known stars like Don Amero and William Prince. The timing is perfect for Vince and Andrew to explore each other’s worlds. Andrew, Mel Braun and Richard Moody will be arranging some of Vince’s songs for choir and band. Also, traditional Aboriginal singer and drummer Cory Campbell will perform in a new work by Andrew called White Buffalo. Indigenous chant, rock and classical music will mix it up. It’s high time Winnipeg musicians (and audiences!) reached out in this way!

DID YOU KNOW? In 2012, Camerata Nova volunteers contributed 2,500 hours of their time, energy and skills. They provided leadership on boards and committees. They lent production and administrative support. They advised and mentored. They enabled Camerata Nova to deliver exceptional programming to more than 2360+ audience members in the 2012-2013 season.