The music and life of Gesualdo have fascinated me for years. A seriously rich and powerful nobleman who wrote music in 1600 that sounds like it was written yesterday and who murdered his wife and her lover and who went mad at the end of his life? Hollywood couldn’t dream up anything better… 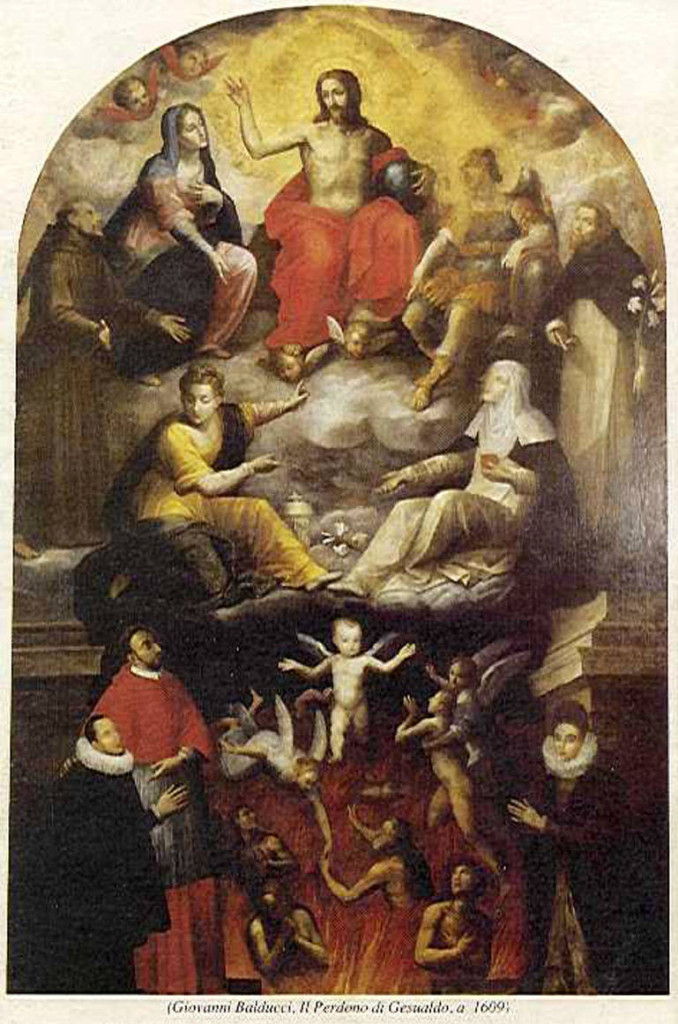 Il perdono di Gesualdo (Giovanni Balducci, 1609). The composer is kneeling, at the bottom right, in front of his uncles Saint Charles Borromée, who is wearing a cardinal’s robe.

Following are some highlights from his life:

There are now many fine recordings of Gesualdo’s music. Also, In 1985, Werner Herzog made a movie/documentary about Gesualdo called Death for Five Voices. You can watch it on You Tube – I recommend it.

Apparently, in 1998 a jazz arranger/composer and a saxophonist from Italy released a CD called Gesualdo Splash… I can’t imagine…