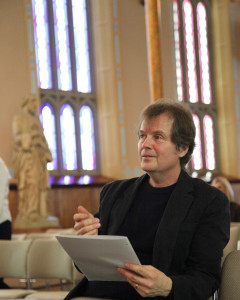 Our next concert, nortendluvsongs*, celebrates Winnipeg’s North End as a gateway for immigrants, a place where so many immigrant cultures have flourished, a place which has very much shaped the soul of our city.

We open both halves of the program with First Nations voices, Katherena Vermette/Andrew Balfour (Selkirk Avenue – a premiere by Andrew based on a poem by Katherena from her Governor General’s award-winning book of poetry called North End Love Songs) in the first half, and Vince Fontaine (Eagle and Hawk, Indian City) in the second half. Katherena is Métis/Mennonite in heritage and carries the voice of her people, the loss, the sadness and the hope. Vince has done it all as a musician, but also has many stories about life as a taxi driver and hockey player. His is a voice that celebrates the First Nations. One of his pieces, Sundancer, is an arrangement for Camerata Nova, Vince and two singers.

The “Immigrant Suite” that follows Andrew’s Selkirk Avenue combines Ukrainian, Philippine and Russian folksongs with selections from Danny Schur’s musical Strike! Because the Ukrainian Labour Temple (where we are presenting this concert) was such an integral part of the Winnipeg General Strike of 1919, and because the immigrant experience was completely tied up with the strike movement (as comes through in Danny Schur’s libretto), it made sense to include these pieces. 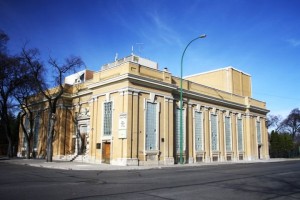 The Ukrainian Labour Temple, on Pritchard, was a rallying centre for the trade union movement during the Winnipeg General Strike of 1919.

The Ukrainian folksongs, courtesy of the Koshetz library, are by Olexander Koshetz himself, and are long-time favourites of the Koshetz community. One is about moonlight, the other about dancing. The Philippine folksong arrangement (in Tagalog) comes to us from Philip Lapatha, a young Filipino who teaches high school choral music in the Maples area and is starting to make a name for himself as an arranger. It is a lullaby sung by an adult son to his mother, or figuratively, to his motherland. The Russian folksong Kalinka is at the top of the list when it comes to favourite Russian folksongs and is featured at many a hockey game as well as sounding a lot like the Tetris theme according to the gamers in the Camerata Nova family. My arrangement explores the sounds of the Russian Steppes while celebrating the wooing of a young maiden. Kalinka means “snowberry”, a reference to the beloved? The idea of the “Immigrant Suite” is to juxtapose a few of the many North End cultural or folk-music genres with the story of the 1919 strike to show, in a small way at least, some of the identities that shaped the North End and our city.

The organization Sistema Winnipeg makes its own very significant contribution to the North End, providing opportunities for inner-city children to experience the power of music and art to shape lives. They will end the first half our program with a few or their own pieces and two short collaborations with Camerata Nova (our Red River Valley arrangement by Andrew Balfour and an arrangement of Siyahamba by Marcelline Moody). 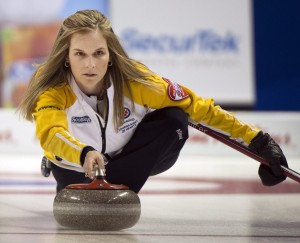 A choral account of Canadian Jennifer Jones’ curling exploit at the 2005 Scott Tournament of Hearts.

After Vince’s second half opening, the Curler’s Lexicon (or the Curling Cantata in 10 Ends) explores one of the big Scottish contributions to athletics: curling. The other is golf. Both of these are beloved by Winnipeggers, and curling in particular has brought Winnipeg to world prominence. I’ve always been fascinated by curling, both the game itself and the many new words and expressions it seems to have spawned. I went around collecting all the curling terms I could find and came up with a cantata in 10 ends that shows various parts of the game. The opening and closing melodies sound vaguely like a commercial that was featured during the TSN curling broadcasts of the early 2000s. Like many cantatas, this piece features a narration that tells the story of curling and ties the whole piece together. To honour the Scottish roots of the game, the narration (two women singing in fourths) takes place over a bagpipe drone in the men’s voices. Other movements of the cantata include a list of shots, a description of the “house”, a ribald conversation overheard at a mixed bonspiel, and to close, an exact choral replay of the famous curling shot by Jennifer Jones at the 2005 Scott Tournament of Hearts, the one that propelled her to prominence and eventual world domination. The audience gets to make the sound of her final rock coming down the ice.

We close the program with a few klezmer numbers by The Mayors of Sambor (Danny Koulack, Victor Schulz, Myron Schulz), followed by two arrangements that I put together for Camerata Nova and klezmer band. If Ukrainian, Philippine and Russian folk songs are the soul music of the North End, klezmer adds rhythm and dance to the soul. The first song, Shterndl, is a touching letter home from a political prisoner to his family. The second is a famous Yiddish Song, Undser Nigndl, which celebrates families singing together. I’ve combined this song with another Yiddish song, Bulbes, which is all about eating potatoes every day of the week because that’s all there is to eat. Yikes! These two songs should bring the program to a rousing finish.

nortendluvsongs is but a small sampling of the wonders brought to the North End by all the many ethnic groups that have informed it, but what a diverse and wonderful sampling it is. Now all we need is all the food and drink that goes with it (we’re serving red velvet cupcakes at intermission)!