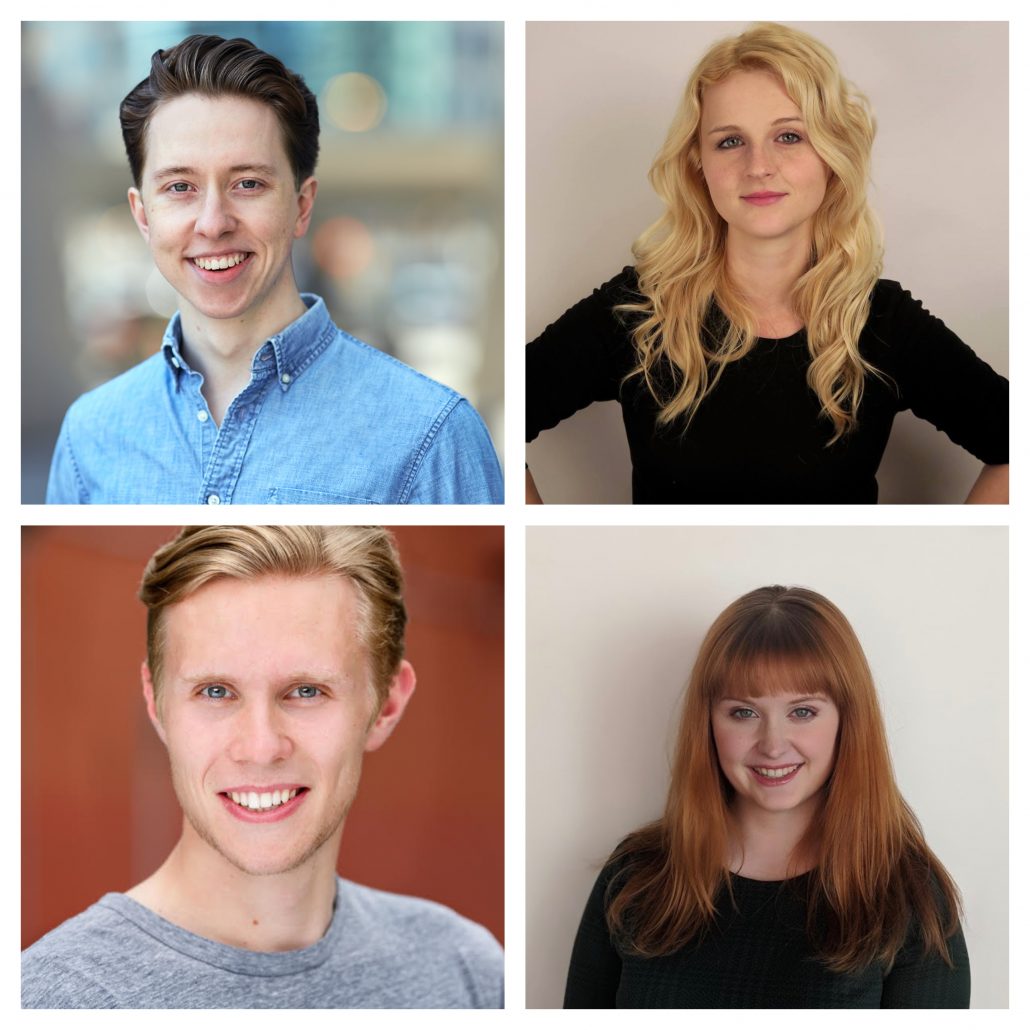 Camerata Nova, and the Manitoba choir community as a whole, are so lucky to have access to some of the best talent in the country. Ben Sellick, Jane Fingler, John Anderson, and Kathleen Murphy are just four of the 14 amazing singers who’ll be joining us this weekend (Nov 3-4) for our concert Fallen, taking place at the Crescent Fort Rouge United Church.

Jane Fingler is a Winnipeg based Soprano who has has the pleasure of singing in Camerata Nova for the past seven seasons. She also sings in other Winnipeg based choral groups Polycoro and Canzona, performing music old and new, appearing as a soloist as well as an ensemble member. Jane teaches voice lessons, tries to write music sometimes and loves to sing and perform pop/folk music that have great harmonies! She loves being a part of the Camerata Family! <3

Born and raised in Winnipeg, John Anderson has been a lifelong lover of singing. With a passion for choir, theatre and composition, John has recently graduated from the University of Manitoba Desautels Faculty of Music and is excited to now begin making music and telling stories more widely in the Winnipeg community.

Kathleen Murphy is a mezzo-soprano & pianist from Winnipeg, Manitoba.  She is currently completing her degree in undergraduate piano at the University of Manitoba with David Moroz, and pursues vocal studies with Mel Braun.  She has performed in concerts, masterclasses, & festivals as a vocalist, pianist, and choir member. Kathleen also has a passion for music theory & history, and is planning to pursue a post baccalaureate degree in vocal performance.